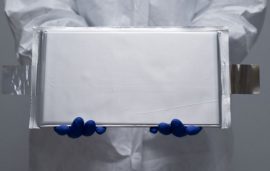 Chinese battery major Volta Technology Limited has announced that it would roll out its solid-state batteries from its pilot production line in Shenzhen in early 2023. Solid-state batteries are referred to as ‘the next-generation battery product,’ which are often called safer and more powerful than traditional lithium-ion batteries. Volta Technology claims that an electric vehicle […]