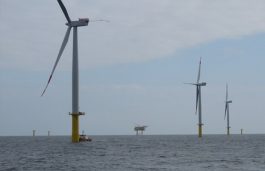 Global renewable energy developer OX2 has announced that it has submitted a permit application under the law that deals with Sweden’s Exclusive Economic Zone for the construction of an offshore wind farm. The project called Aurora will come up between the islands of Gotland and Oland.  Sweden is aiming to double its renewable energy capacity  […]