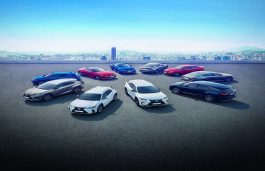 The UK could revive domestic production of super strong magnets used in electric vehicles and wind turbines with government support, to cut its reliance on China and achieve vital cuts in carbon emissions, according to media reports. A government-funded feasibility study, which was due to be published today, lays out the steps Britain must take […]