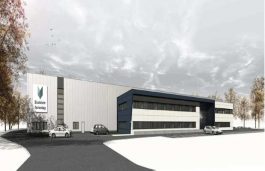 Switzerland-based Blackstone Resources announced important achievements by its subsidiary Blackstone Technology, during its Blackstone’s Battery Day held recently. On that day, the firm presented a new 3D-printed lithium-ion battery cell produced with its own proprietary patented technology.  Blackstone Technology was launched with the sole purpose to develop Blackstone’s expertise in battery manufacturing.  The CEO of […]