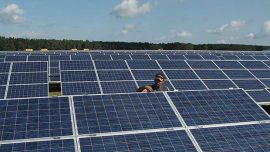 According to officials, a total of 35 such lights will be installed with a lithium-ion battery backup within a period of six months, once the contractor is chosen. Chennai Metro rail will be installing solar street lights at their staff quarter premises at Koyambedu in an effort to maximise the use of renewable energy. It […] 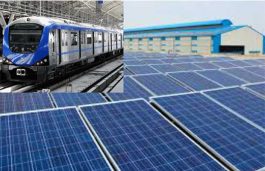 According to officials of Chennai Metro Rail Limited (CMRL), a total 35 such lights would be installed with a lithium-ion battery backup in six months after the contractor is chosen. In order to maximize the use of renewable energy, Chennai Metro Rail will install 50MW solar streetlights at its staff quarters in Koyambedu. CMRL has […]