Solar Lights to be installed at Koyambedu Staff Quarter Premises

According to officials, a total of 35 such lights will be installed with a lithium-ion battery backup within a period of six months, once the contractor is chosen. 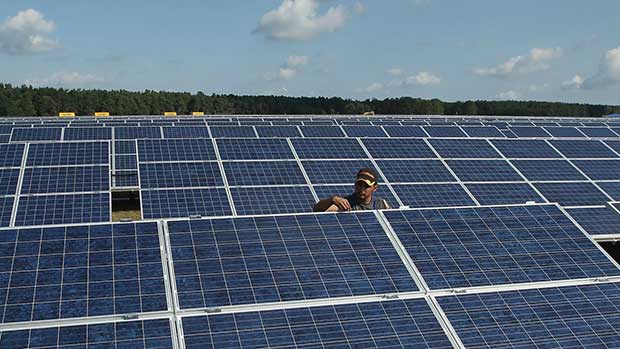 Chennai Metro rail will be installing solar street lights at their staff quarter premises at Koyambedu in an effort to maximise the use of renewable energy.

According to officials, a total of 35 such lights will be installed with a lithium-ion battery backup within a period of six months, once the contractor is chosen.

They had earlier installed 25 such solar street lights with similar capacity and battery back up at various metrorail stations including Koyambedu and Alandur.

Metro rail has already taken efforts to increase the use of green energy and reduce its electricity consumption by first installing solar panels in the administrative office at Koyambedu.

The photovoltaic panels with an installed capacity of 1MW generates over 5000 units a day and is being used to power electrical systems in the administrative office and for train maintenance work at the depot.

Officials said the installation was expected to save more than Rs 1.12 crores every year for CMRL. As many as 25 locations with a total area of more than 1.4 lakh square metres were identified for the purpose.