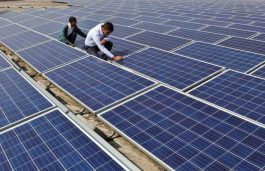 The agreement signed also includes a deal to set up a 15 MW solar power unit at the NTPC complex in Kayamkulam. The Kerala State Electricity Board (KSEB) and National Thermal Power Corporation (NTPC) has entered into a Memorandum of Understanding (MoU) for increasing solar power generation in the state of Kerala. According to an official release, the agreement signed […]

State-Owned and Private Discoms on two Ends of the Spectr...