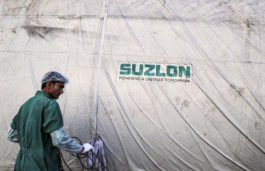 Suzlon Group in January 2016 announced its foray into the solar sector by winning 210 MW solar power projects in Telangana. In a significant development, renewable energy giant Suzlon Group has expressed interest in setting up a power plant, the Telangana government said in a release. K T Rama Rao who is State IT and […]