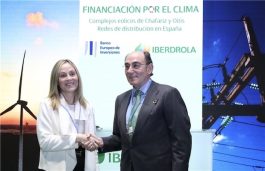 At COP25, EIB and Iberdrola have announced agreements worth EUR 690 million to invest in renewable energy projects and electricity distribution networks. At the Climate Change Conference (COP25) being held in Madrid, the European Investment Bank (EIB) and Iberdrola have announced two new agreements to promote climate action by investing in renewable energy projects and […]