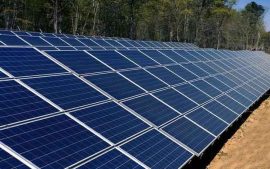 The commission has approved the PPA of solar projects totaling 23 MW, which the HPPC had signed with four solar project developers. The Haryana Electricity Regulatory Commission (HERC) has issued an order approving the power purchase agreements (PPAs) of solar projects after a common petition was filed by Haryana Power Purchase Centre (HPPC) and the […]