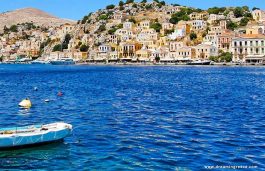 The Greek Island is said to have a winter population of 400 and that of summer is around 3,000 which relies greatly on the uncertain electricity supplies. Tilos, a Greek island between Rhodes and Kos, has launched its first ever solar and wind power plant in order to reduce reliance on non-renewable energy sources. The […]