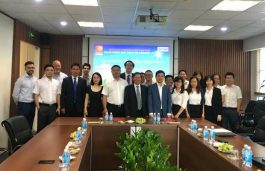 The electricity generated by the project will be provided to EVN, the Vietnamese state grid. Australia-based solar PV panels maker Risen Energy has won the bid for the NHI HA 50MW solar power station project owned by Vietnam-based Bitexco Group’s subsidiary Thap Cham Solar. The company said in a statement that, combined with the contracts won by […]