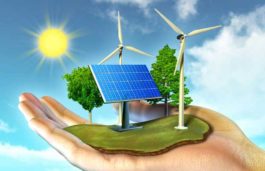 The announced renewable energy projects will be completed with an investment of US$780 million, which would include three solar and five wind farms. The Dominican Corporation of State Electric Companies has announced that the company has begun the work on eight renewable-energy projects that will provide 361.2MW of new generation capacity to the country’s grid […]