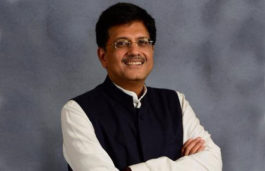 Minister of State for Power, Coal, New & Renewable Energy and Mines, Piyush Goyal in Lok Sabha on Thursday said that the total installed capacity in the country from solar power was 8727.64 MW and from wind power was 28279.40 MW as on 31.10.2016. He further stated that the Government has released Rs 1667.99 Crores […]