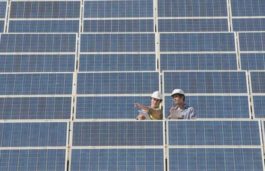 President Donald Trump’s decision last week to pull the U.S. out of the Paris climate agreement has sparked speculation that he is creating a leadership void that China could fill. U.S. Energy Secretary Rick Perry said Monday that he hopes China will step forward to be a “real leader” on climate issues, while refuting criticism […]