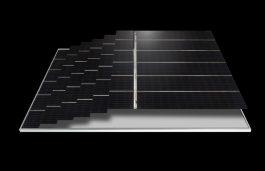 Chinese solar PV manufacturers JA Solar, JinkoSolar, and LONGi have released a joint statement to announce they have reached a consensus on the standardisation of PV modules produced that are based on M10 wafers. The standardization scheme of modules 182mm (M10) wafers, as agreed by the three parties is as follows: The size of 54-cell modules: […]