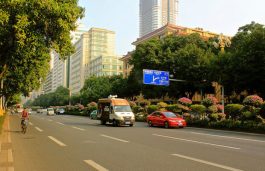 After a huge spike in sales of electric vehicles, China has announced plans to reduce subsidies for electric vehicles sold in the country. China said it’s scaling back subsidies on electric vehicles to encourage local manufacturers to rely on innovation rather than government assistance as the industry matures and costs fall. However, the cuts were […]

Yamaha, Honda, KTM, and Piaggio Team Up to Create Swappab...