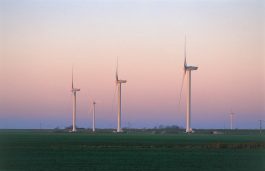 Carnegie Mellon University and Engie have agreed on multiyear energy agreements in which the university will purchase energy from a wind farm, and secure RECs Carnegie Mellon University (CMU) and Engie Resources, the North American subsidiary of French multinational electric utility Engie have announced a series of multiyear energy agreements through 2024 in which the […]