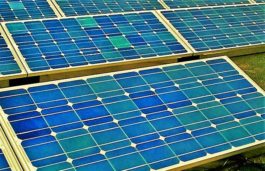 Recurrent Energy developed the three projects, all of which reached commercial operation in 2016 and have long-term power purchase agreements. Canadian Solar Inc. has finalized the sale of its interests in three solar photovoltaic projects totaling 235 MWac/309 MWp. The Korea Electric Power Corporation (“KEPCO”), South Korea’s largest electric utility with an installed capacity of […]