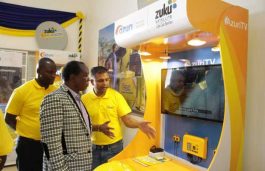 This move is significant for the area as only 46 percent of the county’s general population is connected to the grid, as per the Kisumu County government data. With an aim to connect the unconnected world, Cambridge solar company Azuri Technologies has opened it’s off-grid solar centre in Kisumu County, which is one of among […]