This move is significant for the area as only 46 percent of the county’s general population is connected to the grid, as per the Kisumu County government data. 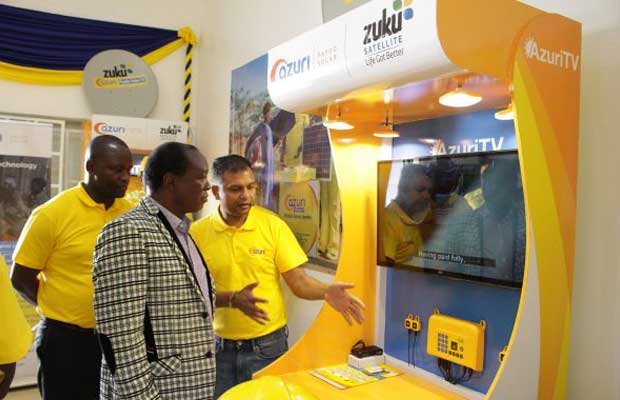 With an aim to connect the unconnected world, Cambridge solar company Azuri Technologies has opened it’s off-grid solar centre in Kisumu County, which is one of among 47 counties in the Republic of Kenya.

This move is significant for the area as only 46 percent of the county’s general population is connected to the grid, as per the Kisumu County government data.

Also, in the absence of reliable power over 600 million people in sub-Saharan Africa continue to struggle.

So, it is expected that, the company’s new solar centre will bring affordable and clean energy accessible for thousands of people across the county who lack access to main grid.

The company is now among leading providers of pay-as-you-go model for solar power lighting and TV systems. It is operating in Kenya, Tanzania, Uganda, Zambia and Nigeria; and has sold more than 150,000 systems till date.

Commenting on the opening of new off-grid solar centre by Azuri, Daniel Okia, Chief Officer, Ministry of Energy and Industrialisation, Kisumu County, said “Kenya’s agenda is to provide universal access to electricity by 2022, and we are delighted Azuri shares and supports this vision and journey. The launch of the Azuri’s Off-grid Solar Centre in Kisumu brings modern devices and services to our residents while addressing the challenge of energy access.”

“Off-grid solar is being coupled with energy-efficient smart TVs, rechargeable radios, satellite entertainment, internet access and a range of other appliances and services to truly change the lives and livelihoods of families,” said Snehar Shah, Azuri General Manager for East Africa.