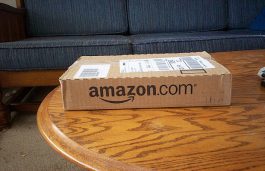 Amazon is calling its program “Shipment Zero,” and plans to publicly publish its carbon footprint for the first time later this year. Amazon, which ships millions of packages a year to shopper’s doorsteps, says it wants to be greener. The online retail giant announced plans to make half of all its shipments carbon neutral by 2030. […]