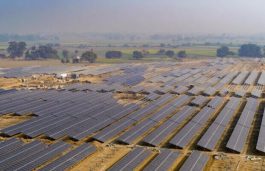 ThomasLloyd, an investor in Gurugram based SolarArise announced that SolarArise India Projects has commissioned a 75 Megawatt (MW) solar PV plant in Khera village, Budaun District, Uttar Pradesh. Jakson Limited was given the mandate to build by SolarArise. The firm was founded in 2014 by  James Abraham, Anil Nayar and Tanya Singhal backed by GEEREF, […]