Rooftop Solar Units Must for Households in Mysuru City 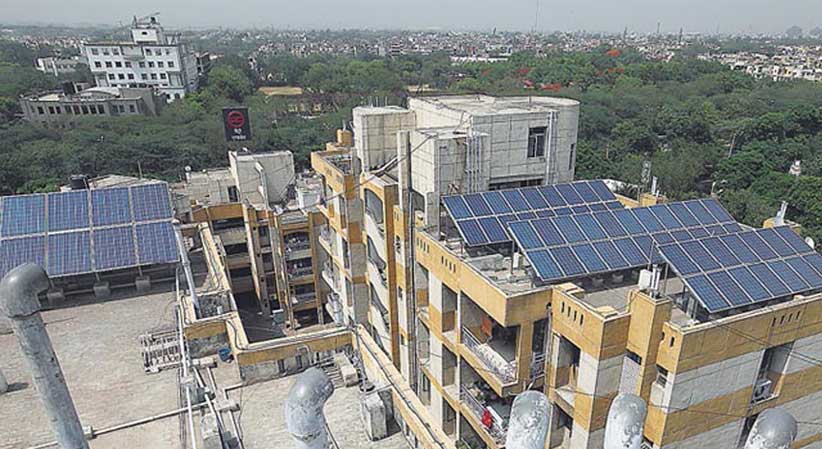 The Mysuru City Corporation (MCC) to soon make solar power integration mandatory for all new and already existing houses in the city to keep away reliance on Chamundeshwari Electricity Supply Corporation (CESC) for power necessity.

Illuminating this, Mayor Byrappa said that, “The Corporation additionally plans to change over Mysuru as a ‘Green City’ by decreasing emission of carbon dioxide to the base conceivable level.”

He also states that the city would endeavor hard to hold its tag of being the cleanest city in the nation.

MCC would soon hold converses with private hospitals, shopping centers, institutions and other establishments in the city; urge them to introduce the housetop solar power generation units.

Byrappa said that, “He would also confer the issue with the MCC Councilors. Further he expressed certainty that “The Councilors would concur for the proffer.”

Numerous private hospitals, including one in Gokulam, have approached to install the plants on the lines of Sigma Hospital.

Talking on the event, Umesh, Assistant Executive Engineer said that, “CESC would ink a MoU with those who install solar power generation units guaranteeing to purchase power at an expense of Rs.9 and 56 paisa for every unit.”

Shamasunder Subbarao, NIE College professor said that, “Generating solar energy and supplying surplus power to the grid was first done 15 years ago in Germany and other European countries.”

“It’s about time that we help the administration in tapping solar energy and to get over the (power) emergency. Mysuru has the cleanest city label due to its wide streets built by the recent rulers. Even if vehicles are parked on either side of most of the roads, it would not lead to traffic congestion,” he added.