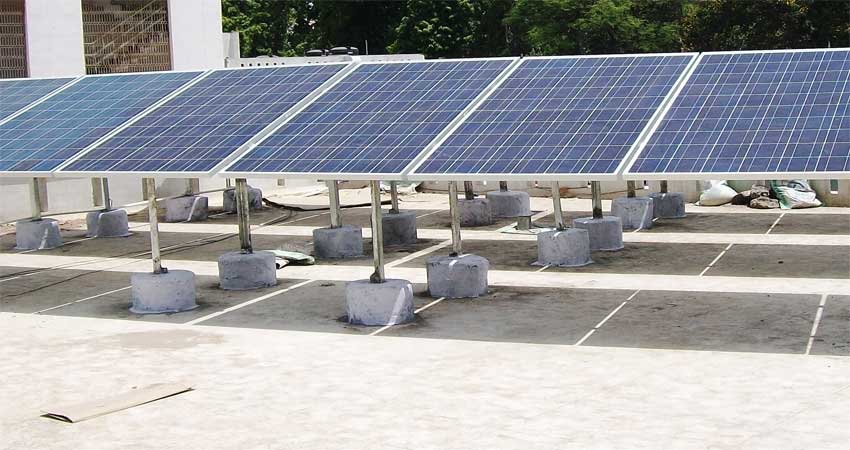 The Govt. of India has upgraded the sanction on establishment of solar power plants from 15% to 30%.

Santosh Kumar, Dy. of Science and Technology Dept., Chandigarh Administration said the resolution would offer UT to accomplish solar power generation plants, which was recently reconsidered by the Govt.

So far, the Chandigarh State Administration and Municipal Corporation have introduced a sum of 101 rooftop solar panels of 5MW capacity each in Govt. facilities, which also include educational institutions.

Recently, the MNRE had altered the UT’s solar power generation target from 30MW to 100MW before the end of year 2022. In the current report which was discharged by the Ministry, UT Administration stood first in the establishment of solar power rooftop ventures under the Govt. category. In the general rundown list Chandigarh stood in third position, which additionally incorporates private and govt.-authorised activities.

As per rundown discharged by the MNRE, the UT administration stood first in the establishment of housetop SolarPV plants of 4.6 million watts peak (MWp) under activities endorsed by the Ministry. Under this Category, Tamil Nadu stood in second position with 4.40 MWp and Andhra Pradesh third with 2.37 MWp.

The model of Chandigarh solar city undertaking project was recently chosen as India’s solar theme for the 21st meeting of the Conference of the Parties to the United Nations Framework Convention on Climate Change (COP21), which was held in Paris from November 30 to December 11.

Interestingly, the UT Administration is the only one in the Nation who had utilized unmanned aeronautical vehicle, “Drone”, to catch an elevated perspective of all solar power rooftop ventures in the city.