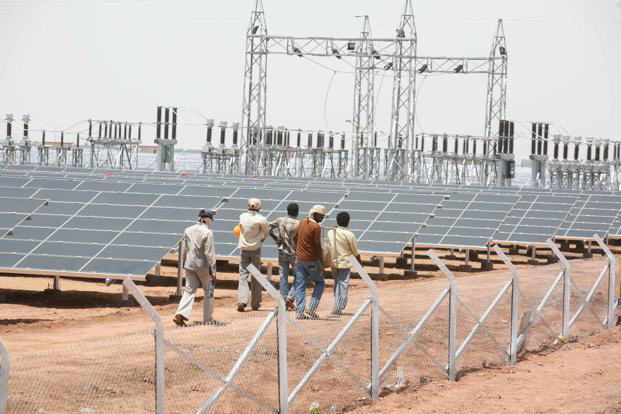 The Indian Govt. is working on incentives scheme for solar power projects, generating capacity of 3,000MW or above.

The authority has reported that incentives scheme is like to assign in the forthcoming Fiscal Year 2016-2017.

‘An interministerial committee led by the Department of Industrial Policy and Promotion (DIPP) Secy will secure the report very soon, ASAP the report will forward to PM Office for the necessary action,’ according to an official.

Following the draft, the committee proposed both Fiscal and Non-fiscal incentives to push the Mega Solar Power projects in the nation.

Tis may include a complete eco-system for solar projects like Power Purchase Agreement, Grid Network, areas for solar panels and manufacturing of equipment’s.

The MNRE, Power, Finance, Commerce and Industries, among the other cabinets are involved in the process.

‘The solar power players would, however, have to set up manufacturing facilities to avail the benefits being worked out by the committee’, an official added.

NTPC could be tied up to evacuate power from the Ultra-Mega solar plants and State Govts would be purposed for the required land area for the projects.

The central Govt. aims to raise the solar power generation capacity, i.e. 1,00,000MW by the year of 2022, which has imply an investment of round about Rs 6 lakh Crore. Their target is to generate clean and sustainable energy source in the nation.

The nation will become one of the top players of green energy generators among the several developed countries.