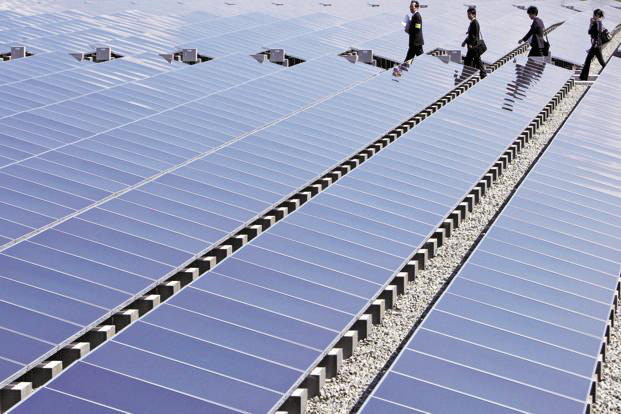 The Gujarat State Govt. has recognized around 1,500 hectare areas to set up a 750 MW solar park near Radhanesda village of Vav taluka in Banaskantha district, said sources.

This is known to be an  epic solar park to come up in the nation after the 590 MW solar park, prior the nation’s first and Asia’s biggest solar park, was set up in Charanka village of Patan district in 2012.

With the power generation capacity of evaluated 750 MW, the solar park in Banaskantha is plausible to eclipse the Charnka solar park as far as capacity.

‘For power generation of 1 MW, two hectare land is required and so, for this new solar park in Banaskantha district, we require around 1,500 hectare areas. And that land has been identified near Radhanesda village of Vav taluka in the district,’ said a government official.

‘Likewise, for producing of each MW unit of solar power, we require Rs 6 crore. Thus the monetary allowance for the task is liable to be around Rs 4,500 crore (US$670 million),’ the official included.

The Govt. sources said that, ‘Most of the recognized area for this solar park is possessed by the legislature.’

The task is being executed by Gujarat Power Corp. Ltd. (GPCL), agency for the development of solar parks in Gujarat, in collaboration with the Union Ministry of New and Renewable Energy (MNRE).

By the GPCL official site, the Charanka solar Park is of 590 MW capacities spread more than 5,384 acres of area.

The task is to come up under the Central Govt. Scheme for Development of Solar Parks and Ultra Mega Solar Power Projects of MNRE (2014-15).

A Govt. official said that the NDA Government under the initiative of PM Modi had chosen to make a Green Grid of Power in the nation. He also mentioned that, the Banaskantha task is also a piece of that planning.