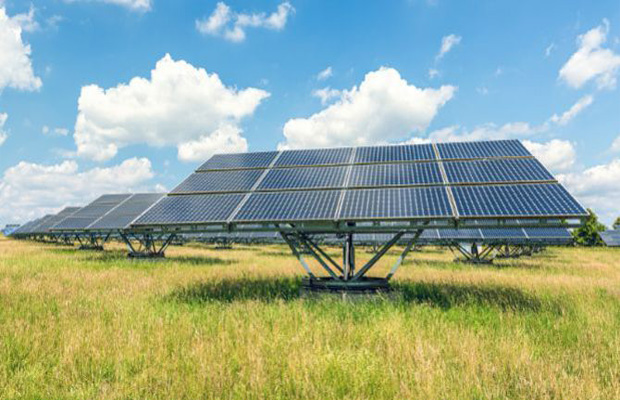 Government is working on a policy to boost large-scale solar equipment production facilities that will be soon be sent for the Cabinet’s approval, New & Renewable Energy Minister Piyush Goyal said.

“We are working on a policy to promote large-scale domestic manufacturing of solar equipment for making it more competitive,” Goyal said while addressing at SURYA KRANTI Summit organised by Bharat Solar-Power Development Forum.

The minister continued, “We are trying to bring in a policy wherein we are thinking what support we can for large-scale production of equipment like silicon wafers. A policy in this regards is being considered which will be put up for Cabinet approval soon for quantum jump in domestic production of solar equipment.”

The minister said an inter-ministerial committee headed by then Department of Industrial Policy and Promotion (DIPP) Secretary Amitabh Kant has submitted contours of the policy which is being evaluated. According to the draft proposal, the committee has proposed both fiscal and non-fiscal incentives to push mega solar power projects in the country which may comprise a complete ecosystem for solar projects such as contours of power purchase agreement, grid connection, land to put solar panels and manufacturing of equipment.

Allaying fears of domestic manufacturers he said that India will go in for appeal against recent WTO’s panel ruling that has stated that the country’s power purchase agreements with solar firms were inconsistent with international norms.

The rulings of the WTO’s dispute settlement panel can be challenged in the WTO’s Appellate body.

The minister said that there are different mechanism through with domestic manufacturers can be given relief and one of that could be a subsidy.

He said, “We stand committed to protect the interest of domestic manufacturers of solar equipment and nothing can deter India from achieving 100 GW of solar power generation capacity by 2022.”