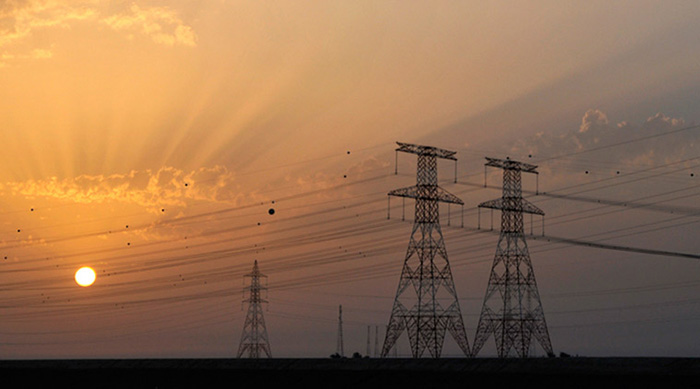 Bihar to become the sixth state to benefit from the UDAY scheme, as the Government of India, the State of Bihar and the DISCOMs of Bihar (North Bihar Power Distribution Company Limited, and South Bihar Power Distribution Company Limited) signed Memorandum of Understanding (MOU) for operational and financial turnaround of the DISCOMs.

Bihar is the sixth State to have accepted UDAY for bringing about a positive change in the Power Sector scenario of the States. Rajasthan, Uttar Pradesh, Chhattisgarh and Jharkhand have already signed the MoU under UDAY for operational and financial turnaround of DISCOMs.

On the occasion, Shri Piyush Goyal said “Our focus and our efforts have been that eastern parts of India should progress fast and gets benefits of rapid growth in infrastructure, which over the years has suffered behind the curve of growth…..should benefit from enjoy the fruit of development and rapidly catch up the rest of India. This has been promised and guiding principle of the Government of India and our department have made focused efforts to bring about paradigm change in the Power Sector in Bihar over the last 22 months.”

“The Government stands committed to all the assurances that were made in terms of Bihar package which included a UMPP at  Banka for which now a coal mine has also been allotted and cheaper coal given to Barh so that the cost of power reduced nearly by Rs 2/- a unit which includes quickly implementing Deen Dayal Upadhyaya Gram Jyoti Yojana( DDUGJY) scheme and Integrated Power Development Scheme so that power can reach every home in Bihar…. who have been remained deprived of electricity for nearly 7 decades…..also rapidly completing the incomplete projects of the 11th and 12th Plan which also need to be completed along with new projects . Shri Goyal further informed that 981 Mega Watt of power from Bhutan has been allotted to Bihar and from Buxar Thermal Power Plant, 1310 Mega Watt of Power will be given to Bihar.”

He assured that all targets given in the MOU will be achieved. He hoped that Centre Government will allot more power to the State.

With this MoU, approximately 33% of the DISCOM debt around Rs.1.40 lakh crore, would be restructured. Gujarat has also signed the MoU for operational turnaround, considering the healthy financial position of the DISCOMs of the State.

The Government of Bihar would take over Rs.2332 cr. of DISCOM debt, being 75% of the total DISCOM debt of Rs.3110 cr. outstanding as on 30.09.2015, as envisaged in the scheme. The scheme also provides for the balance debt of Rs.778 cr. to be re-priced or issued as State guaranteed DISCOM bonds, at coupon rates around 3% less than the average existing interest rate. The annual saving in the interest cost to the State would be around Rs.117 cr. on account of restructuring of the DISCOM debt.

Higher demand for power from DISCOMs would mean higher PLF of Generating units and therefore, lesser cost per unit of electricity thereby benefitting consumers. The DISCOMs would also increase power supply in areas with reduced AT&C losses. The scheme would allow speedy availability of power to around 1152 villages and 160.60 lakh households in Bihar that are still without electricity. Availability of 24×7 power to hitherto unconnected villages/households etc. would boost the economy, promote industries, thereby improving employment opportunities and see Bihar develop into one of the leading industrialised States in India.

An overall net benefit of approximately Rs.9000 cr. would accrue to the State by opting to participate in UDAY, by way of savings in interest cost, reduction in AT&C and transmission losses, interventions in energy efficiency, coal reforms etc. during the period of turnaround.