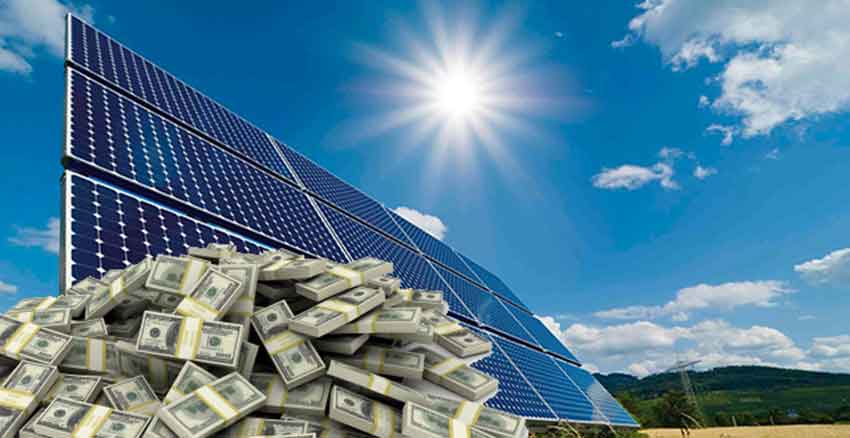 To uplift India’s rooftop solar initiative, the World Bank, Asian Development Bank and the New Development Bank formed by the BRICS Nations are opening loans for the Ministry of New and Renewable Energy.

Upendra Tripathy, secretary at the MNRE said, “We are getting $500 million (Rs. 3,345 crore) from each of them to fund rooftop solar projects, mostly in the industrial and commercial sector.” Loans are likely to be dispensed through public sector banks and financial institute.

Recently, the Cabinet Committee for Economic Affairs authorized to raise the MNRE budget for installing the rooftop grid-connected solar system from Rs.600 crore to Rs.5,000 crore.

Tripathy further stated that, “These loans will lead in low-cost capital, even for those who are not covered by the subsidy.”

The endowment will be utilized to give 30% subsidy to every domestic consumers and public institution which set up rooftop solar plants. However, industrial and commercial establishments are not designated to this subsidy, said reports.

The endowment of Rs.5,000 crore is relied upon to bolster establishment of 4,200 MW of rooftop solar power throughout the following five years.

Solar rooftop establishments by industrial and commercial sectors will be in addition to this.

Jasmeet Khurana, Associate Dy-consulting at Bridge to India said, “In the last two years, the capital subsidy scheme did more harm than good because sufficient funds were not accessible.”

“Now, with some changes in the scheme and a substantial fund allocation, the problems will be resolved.”