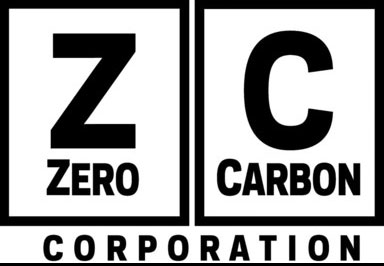 Zero Carbon Corporation and the New York City Energy Efficiency Corporation (NYCEEC) are pleased to announce their successful effort to structure and deploy a new solar loan product for housing co-ops and condominiums. This new financing model allows co-ops and condos to install rooftop solar PV systems with no cash out of pocket, expanding opportunities for these buildings to power themselves with on-site renewable energy. Elmo Homes, a co-op in Sunset Park, Brooklyn, is the first customer to benefit from this new solar loan.

The co-op association at Elmo knew that rooftop solar made sense for their electricity bills and for the environment—but only if the owners were able to take advantage of federal, state, and city tax incentives for solar installation, just like an individual homeowner would. The solution from NYCEEC and Zero Carbon was a $186,000 NYCEEC loan that would be paid off largely by using tax credits received by the owners paid back to the co-op in the form of assessments, with the rest covered by the estimated savings of $10,000 per year on electric bills and a credit from NYSERDA’s NY Sun program. This means that clients like Elmo pay nothing upfront to install the equipment, and pay for the full cost of the system out of the incentives and savings generated by the project over time.

“This is a financing model that capitalizes on the unique ownership structures of co-ops to make rooftop solar viable for small and medium-sized co-op buildings,” said Posie Constable, NYCEEC’s Director of Business Development. “It gives co-op owners access to clean energy that has largely been installed on single family homes or on large commercial buildings.”

“We couldn’t be more thrilled about this development,” said Nick Lombardi, President of Zero Carbon. “Co-ops really have great solar potential, but they’re these unique entities that many traditional banks just don’t serve. Financing is almost always where our clients get hung up. We knew there was a solution to this problem for anyone willing to look at it with us, and we found that partner in NYCEEC.”

“We were convinced that our project would help to stabilize the finances in our building and move towards reducing our energy costs,” said Eric Appleton, President of Elmo Homes. “Taking a loan to fund the project, however, was worrisome for our members, especially in a building that has never borrowed money in its 90-year history. NYCEEC’s and Zero Carbon’s willingness to work with our decision-making structure and find a way to manage the aggregated tax credits allowed us to be comfortable taking this step.”

The PV system at Elmo is expected to be completed in December and start generating electricity—and savings—beginning in January.

Zero Carbon and Elmo Homes were advised on this transaction by Ben Pickard of Peak Power LLC.