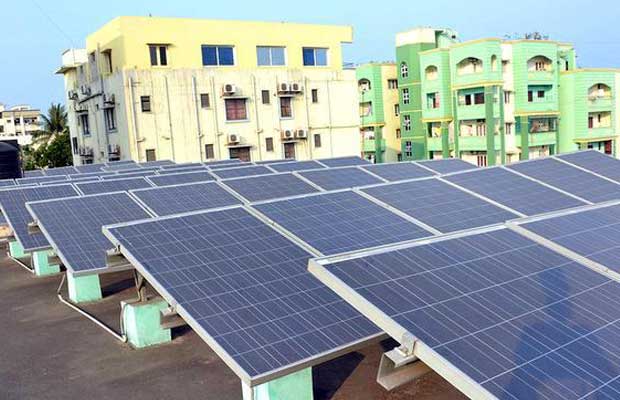 The Yogi Adityanath Government has given nod to a new Solar Energy Policy-2017 which would be effective for five years until 2022. Under the new policy, 10,000 surya mitras will be appointed in the state.

According to the new policy, the Uttar Pradesh government aims to generate 10,700MW electricity through solar panels. The same, if achieved, would help in reducing 1.36 crore tonne carbon dioxide which would be equivalent to 6.42 crore trees consuming CO2.

UP government spokesman and health minister Siddharthnath Singh said that government would give a subsidy grant ranging from Rs 15,000 per kilowatt to Rs 30,000 to encourage use of solar energy generation on private residences. “This would be in addition to the grant being given by the Centre. The grant would be given on first 100MW on first come first serve basis,” Singh said.

Around 50,000 consumers would be benefited from the scheme. Besides, no inspection would be done for 10KW solar panel and the height of solar panels would not be included in the floor area ratio. The state government will also set up a mega solar park in Bundelkhand under public sector, Singh added.

In other major decisions, the government has done away with written exams in promotion for the post of sub-inspectors and inspectors. After getting NOC from Union home ministry, the government has approved construction of Noida International Greenfield Airport in four phases. The district magistrate of Gautam Buddh Nagar is preparing the land acquisition process as total 3,000 hectares of land is needed for the project.