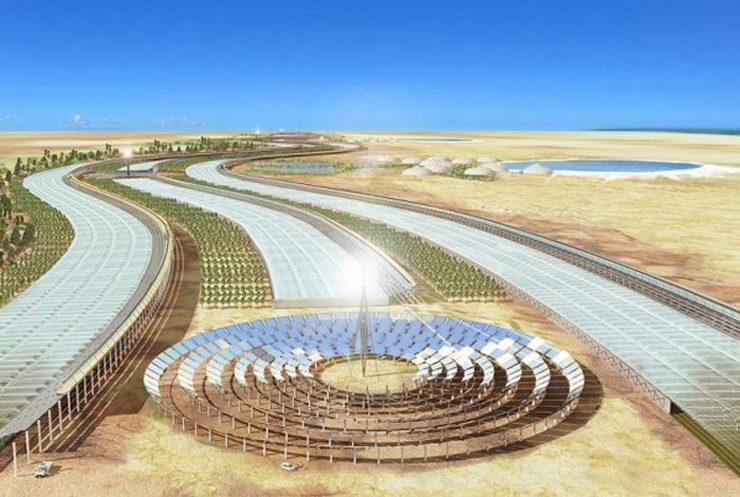 Funded by the World Bank and other associates, the $9 billion Noor Concentrated Solar Power (CSP) plant is located in Souss-Massa-Drâa area in Morocco, about 6 miles from Ouarzazate town.

The plant has started operating and aims to feed energy to the European market.

Commenting on the development, Marie Francoise Marie-Nelly, World Bank Country Director said, “With this bold step toward a clean energy future, Morocco is pioneering a greener development and developing a cutting edge solar technology.” “The returns on this investment will be significant for the country and its people, by enhancing energy security, creating a cleaner environment, and encouraging new industries and job creation.”

The plant will gave 1,600 jobs during construction and 200 jobs during the operations, and increase the installed capacity of solar power stations from 22MW in 2013 to 522MW in 2018, according to The World Bank.

Unlike traditional concentrated photovoltaic solar power, CSP plants do not create electrical current through the photovoltaic effect, where particles of light (photons) break electrons free from atoms, generating a flow of electricity. Instead CSP uses either lenses or parabolic mirrors to concentrate the sun’s light onto a small point where water or another substance is heated.

The heat is used to create steam, which runs a turbine that produces electricity. In the Noor CSP, concave mirrors focus on molten salt, heating it anywhere from 300 degrees to 660 degrees Fahrenheit.

The plant will be able to store solar energy in the form of heated molten salt, which allows for the production of electricity even at night.

Currently, the Noor CSP can generate 160 megawatts (MW). But as additional phases are completed, in two years it’s expected to generate more than 500MW — enough power to meet the needs of 1.1 million Moroccans.

Morocco’s commits to create 42% of its energy deriving from renewable resources by 2020.