The goal of this experimental project is to open the door to longer term and large-scale development of OPV technology. 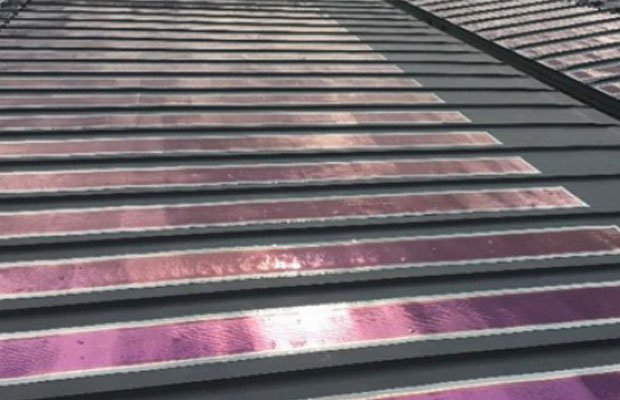 French multinational Engie has inaugurated the world’s largest organic photovoltaic (OPV) system on a roof at a school in France, with Heliatek’s technology.

The 530m2 roof of the Pierre Mendès-France secondary school, in La Rochelle, is now covered with HeliaSol OPV technology, after a tender launch by the Charente-Maritime Department.

The photovoltaic film installed does not require piercing the roof or strengthening of the roof structures. It will produce 23.8MWh of electricity per year, sufficient to power 15-20% of the school’s electricity needs.

The goal of this experimental project is to open the door to longer term and large-scale development of OPV technology, which is suitable for lightweight, flat and curved roofs, on which traditional solar panels cannot be installed. It is also faster to install and is easily recyclable, said an Engie statement.

Engie has held a stake in Heliatek since 2016, which it also claims to hold the world record for OPV with a conversion efficiency of 13.2%.

Isabelle Kocher, CEO of ENGIE, said: “Renewable energies are an essential part of our strategy, based on a de-carbonized, decentralized and digitized world. And half of all energy consumption comes from the building sector. For them, solar energy is increasingly an opportunity and, thanks to OPV technologies, buildings which up to now were unable to benefit from the advantages of photovoltaic energy will now be able to use it. Our partnership with Heliatek allows us to play our full role as supplier of the best solution tailored to each customer.”

Thibaud Le Séguillon, CEO of Heliatek, said, “Thanks to HeliaSol technology, lightweight structures which cannot be fitted with conventional photovoltaic panels will now be able to produce green electricity.”

The National Education service through the Poitiers education district for the Mendès-France school was also the partner on the project. Educational kits developed by the ENGIE teams will be delivered to the schools to raise-awareness among the pupils of the issues surrounding solar energy and, beyond this, to energy-saving in general.

The Department, has drawn up a multi-year plan for fitting the 600 000 sq. m of roofs with morephotovoltaic equipment.