The plant to be built in about 225 hectares of the Cirata hydroelectric plant reservoir. 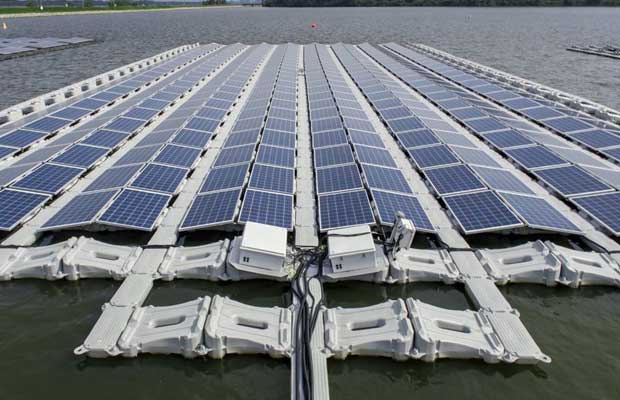 Masdar CEO Mohamed Jameel Al Ramahi upon signing of the agreement said “It’s another step forward for basically developing and constructing not only the largest floating solar PV in Indonesia, but also in the world.”

The plant to be built in about 225 hectares of the Cirata hydroelectric plant reservoir “will accelerate renewable energy development in Indonesia,” Said PJB Chief Executive Iwan Agung Firstantara.

Both the companies have set the timeline for finishing the first 50MW of the project by the second quarter of 2019, and rest 150MW by early 2020. Notably, a study for the feasibility and grid interconnectivity was conducted in September month and power purchase agreement with PLN before yearend will be finalized.

“The additional incentives were needed to make the project viable, referring to tax allowances and tax treaties between UAE and Indonesia and other incentives. Tahar also urged the developers to keep the project below the average power generation cost in the region,” said Deputy Energy and Mineral Resources Minister Arcandra Tahar.

“If you push for a tariff, for example, that’s higher than the local average power generation cost, it is going to be difficult,” added Tahar.

Al Ramahi said the price per kilowatt-hour could be below 10 U.S. cents, but declined to provide details. “It will be a very attractive solution,” he commented.