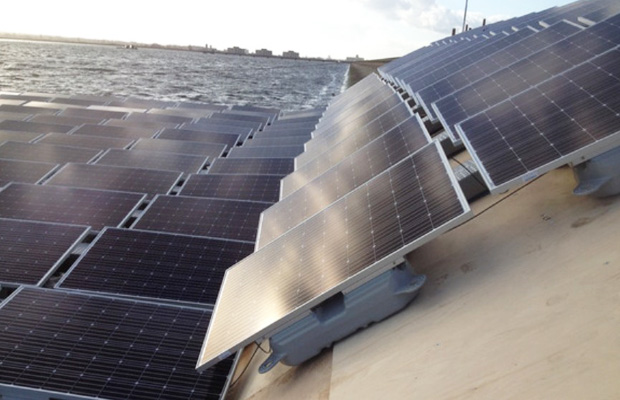 The 6.3 megawatt array consists of 23,000 solar panels that established on the Queen Elizabeth II reservoir at Walton-on-Thames, a suburb of London near Heathrow Airport.

“This will be the biggest floating solar farm in the world for a time—others are under construction,” Angus Berry, energy manager for Thames Water, the utility which owns the site, told The Guardian. “We are leading the way, but we hope that others will follow, in the UK and abroad.”

Competing Japan’s awaited 2018 mega-solar project of 13.7MW, London’s massive floating solar farm at Thames Water aims at generating a third of of its own renewable energy by 2020, said that the low carbon, renewable energy produced at the facility is expected to generate 5.8 million kilowatt hours in its first year—equivalent to the annual power consumption of around 1,800 homes.

“We’re delighted to have begun work on another ambitious milestone project for Lightsource with our first floating solar installation,” said Lightsource CEO Nick Boyle in a statement. “Over the last five years we’ve successfully completed ground and roof installations of all shapes and sizes, but this project has some obvious differences and has presented our team with a set of fresh challenges to overcome.