Solar Frontier expresses its gratitude to everyone for their cooperation in achieving this record, namely NEDO and AIST. 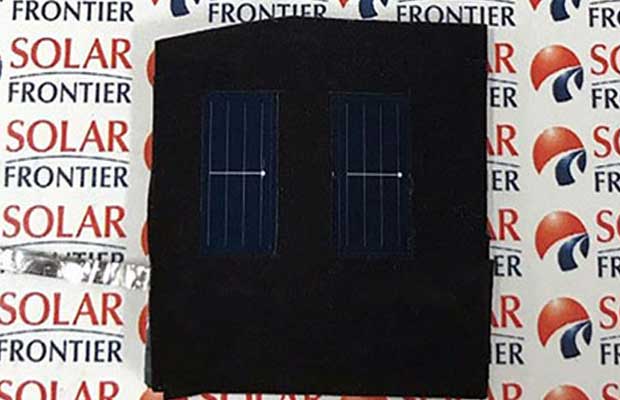 Independently verified by the National Institute of Advanced Industrial Science and Technology (AIST) in November, this record achieved 0.3 percentage points over the current world record of 22.6% that was set by the Center for Solar Energy and Hydrogen Research Baden-Württemberg (ZSW) in February 2016.

This achievement was made through such technologies as CIS absorber engineering and enhanced surface treatment of the absorber layer, which demonstrate the steady progression of Solar Frontier’s thin-film technology. Solar Frontier expresses its gratitude to everyone for their cooperation in achieving this record, namely NEDO and AIST.

By making use of its research and development results in company production sites, Solar Frontier will continue to deliver a high level of actual output volume and competitive power generation costs to all of its customers. Solar Frontier will build on the results that it has had here as it pursues the potential of CIS thin-film solar panels and provide a cleaner, comfortable life for all.