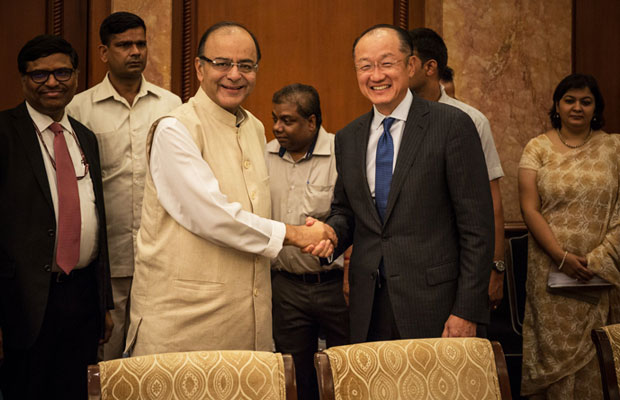 The World Bank Group has signed an agreement with India led International Solar Alliance (ISA) to work together on increasing solar energy use around the world, with the goal of mobilizing $1 trillion in investments by 2030.

World Bank also announced to provide more than $1 billion to help the country along the path towards 100 GW of solar capacity by 2022.

India is the largest client of the World Bank Group. Between 2015 and 2016, the Group lent around $4.8 billion to India.

These solar investments for India combined would be the Bank’s largest financing of solar for any country in the world to date.

“India’s plans to virtually triple the share of renewable energy by 2030 will both transform the country’s energy supply and have far-reaching global implications in the fight against climate change,” said World Bank Group President Jim Yong Kim. “Prime Minister Modi’s personal commitment toward renewable energy, particularly solar, is the driving force behind these investments. The World Bank Group will do all it can to help India meet its ambitious targets, especially around scaling up solar energy.”

As part of the agreement, the Bank will develop a roadmap to mobilize financing for development and deployment of affordable solar energy, and work with other multilateral development banks and financial institutions to develop financing instruments to support solar energy development.

The Government of India and the World Bank today also an agreement for the $625 million Grid Connected Rooftop Solar Program.

The project will finance the installation of at least 400 MW of solar Photovoltaic (PV) installations that will provide clean, renewable energy, and reduce greenhouse gas emissions by displacing thermal generation.

The development of a $200 million Shared Infrastructure for Solar Parks Project under a public-private partnership model is also under preparation. The Bank’s support for India’s solar projects will increase the availability of financing, introduce new technologies, build capacity for solar rooftop units and enable the development of common infrastructure, which will support privately developed solar parks in a number of states across India.

International Finance Corporation (IFC), the Bank Group’s private sector arm, was one of the earliest financiers of wind and solar projects in India, and in fact helped develop the country’s first grid-connected solar power project. IFC is also supporting the government of Madhya Pradesh to set up the 750-MW Rewa ultra-mega solar power project, which will be the largest single-site solar power project in the world.