From the Southern Railways, REMCL aims to generate upwards of 4 MWp electricity from its rooftop structures. 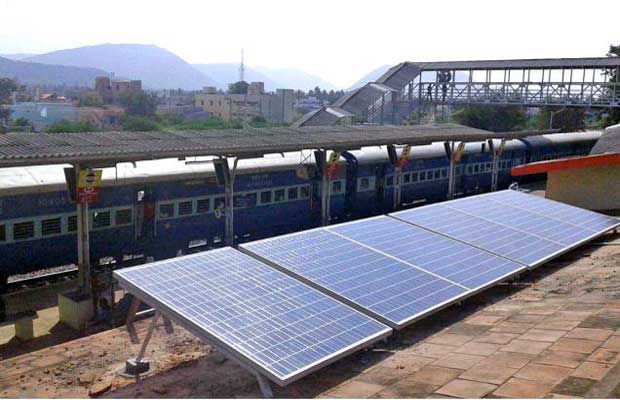 In line with the Indian Railways objective to become self-reliant for meeting its energy needs from clean energy sources, work on the 100 kW solar plant at the Kozhikode Railway station has commenced.

The project is conceived by the Railway Energy Management Company Limited (REMCL) which is exploring the potential of various renewable energy resources for energy generation.

The company is a joint venture company of the Ministry of Railways with the equity participation of the Indian Railways and RITES Limited, earlier known as Rail India Technical and Economic Service, stated a press release issued by MK Gopinath, Public Relations Officer, Southern Railway, Palakkad Division.

The release further stated, that, from the Southern Railway, REMCL aims to the generate upwards of 4 MWp electricity from the rooftop structures.

A power purchase agreement (PPA) has been signed, to execute rooftop solar generation. The project agreement includes comprehensive operation and maintenance (O&M) of the system for a period of 25 years after commissioning of the project on design, build, finance, operate and transfer basis.

The Indian Railways is planning to replace 4,000 MW of coal-fired electricity to run its trains with solar energy from modules deployed on both sides of select electrified tracks in 10 states.

The Railway Board is examining the project bid document, stipulating local manufacturing for 1,200 MW of equipment under the ‘Make In India’ initiatives, prepared by Solar Energy Corporation of India (SECI), an entity under the renewable energy ministry.

The tender, estimated to be worth Rs 16,000 crore, is expected shortly.