The rooftop solar success story in Australia has been well documented. A new report now puts the results of those numbers in perspecttive. Driven by a combination of subsidies, lowering costs, and the utility of having an off grid option in far flung  areas, rooftop solar in Australia is almost as common as owning a car in many countries. There is nearly 1kW of solar panels for every one person  with total installed capacity for all solar ending at 20.8GW in 2020. With 13GW (62%) accounted for rooftop solar, the Australia solar story has reversed many long held notions on scaling up solar in a country. An amazing statistic in a country with a population of less than 26 million people. The 31% figure is a huge jump on the still impressive 20% figure for solar rooftop share in houses in 2018. 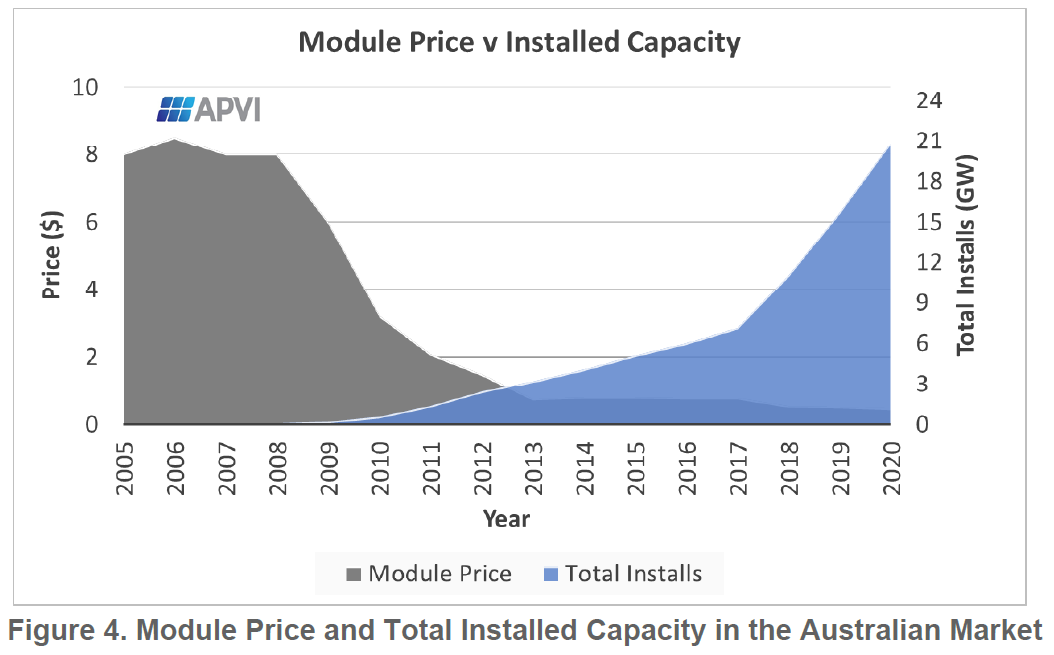 The PV in Australia Report for 2020, published on November 8 as part of the International Energy Agency PV Power Systems analysis, details the story, adding that as of now, there remains enough momentum and scope for maintaining the scorching growth rate into the foreseeable future. Many industry experts in the region have predicted solar reach to be as high as 60% before slowing down, from the current average of 31%. The only issues that are seen as capable of slowing it for now are the withdrawal of subsidies, and the current reversal of trend in terms of dropping prices.

With the addition of 3GW on rooftops and another 1.5GW of ground-mounted solar in 2020, Australia’s solar uptake grew to 810W of solar per person at the end of 2020 according to the report, the leader worldwide ahead of Germany with 650W/person. It’s a lead the country will widen further, going by current trends. 370,000 rooftop systems were installed in 2020, taking total installs to over 2.69 million rooftops.

Among Australian States, Queensland and South Australia average close to 40% of independent homes with rooftop solar. 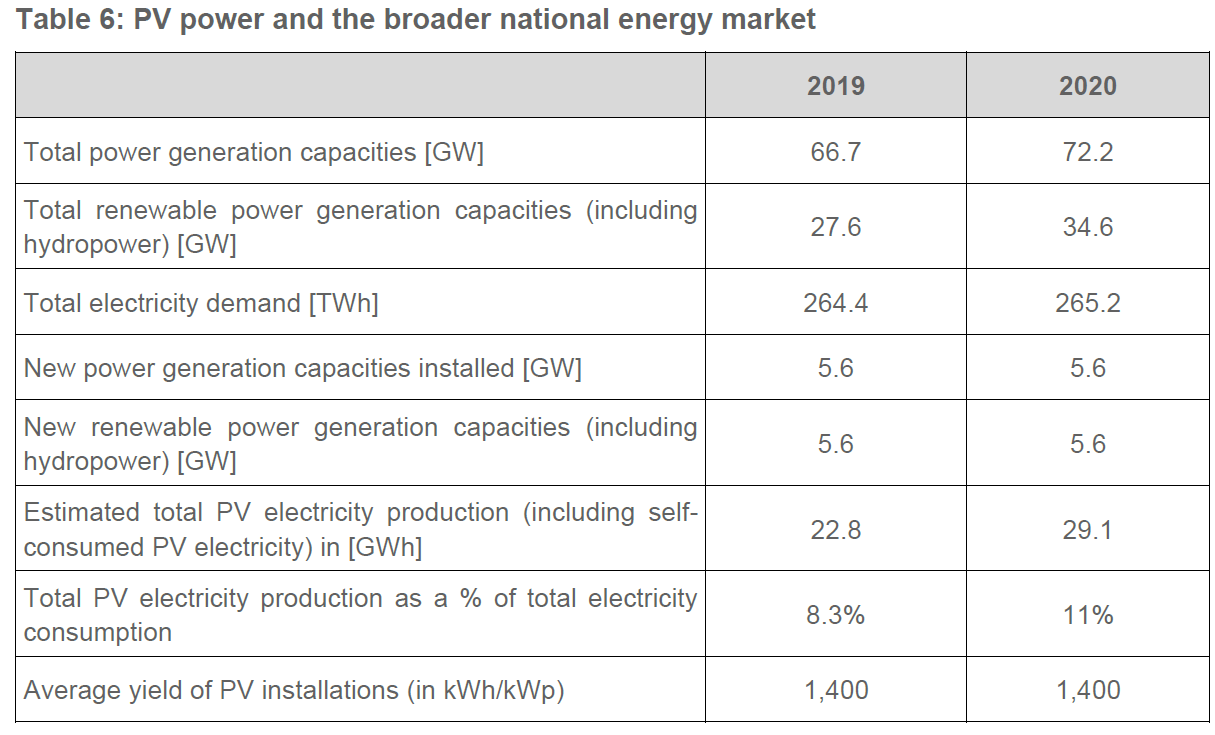 The next stage of growth is likely to be powered by solar+storage options, including completely off grid options, as storage costs take up the load of dropping costs to enable more adoption. With over Aus 7 billion already invested by governments across the country, there is already a new focus on supporting storage plus installations. PV continues to displace diesel in hybrid power systems and industrial and agricultural applications including power systems for telecommunications, signalling, cathodic protection, water pumping and lighting. In Western Australia (WA), microgrids and stand-alone power systems (SPS) are being tested for wider implementation to better serve remote communities by taking advantage of new renewable energy technologies.

Looking ahead, the report also highlights the two massive projects in the pipeline, that will continue to add to solar numbers.

Tags: leading solar per capita worldwide, PV In Australia Report 2020, PVPS, Rooftop solar in Australia, solar capacity breakdown by segment in australia
"Want to be featured here or have news to share? Write to info[at]saurenergy.com