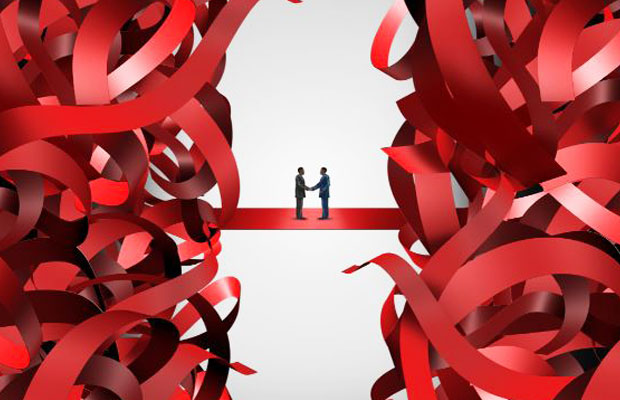 NSEFI, (The National Solar Energy Federation of India) a key umbrella body that represents  solar stakeholders, has finally been forced to approach the office of the Uttar Pradesh Chief Minister, Yogi Adityanath, for 500 MW of solar projects that were won in February 2020 by its members, where progress has been glacial. This delay, attributable completely on the part of the red tapism within state authorities has put a question mark over the viability of these projects, as input costs have been rising sharply since, especially in the past few months. In fact, even a firm as large as Sterling and Wilson Solar had to issue a memo to the stock exchanges this week on the adverse impact it is expecting to see from sharp, unexpected input cost rises and contract cancellations by key module suppliers in recent months.

However, for UP, despite the NSEFI’s best efforts, the results  are on expected lines. The state is not a laggard for no reason, when it comes to key economic and other indicators. An indicator that is not measured enough however, is the legendary bureaucratic resistance and corruption in the state, which has served to push away more industry than most states can handle at the best of times. The state’s officers are well known for assuming that any government contract won, especially by the private sector is a gold mine, unless the firm has been foolish enough not to provision for adequate delays and worse. Of course, the concept of the intense competition a reverse auction forces is probably lost on them. In fact, the state continues to offer the biggest and most egregious stories of blockages and petty corruption in conversations we have had with developers, in both rooftop, utility and corporate segments. That means higher costs that are eventually borne by the state consumers, in the form of higher tariffs. Or massive discom losses. Or poor power availability.

NSEFI’s letter to the Chief Minister, Shri Yogi Adityanath details how  members participated in the UPNEDA Phase-4 e-reverse auction bid conducted on 11 February 2020 and secured capacities to install solar projects in the state. While in the subject Request for Proposal (RfP) specified that LOI was expected to be issued within 94 days of the e-reverse result, till  date no one has actually received the said Letter of Intent (LOI) . More than 12 Month since the auction date. What has happened is that these auction winners have been asked to extend the validity of bid Ernest Money Deposit – Bank Guarantee (BG) thrice. So no business, but get your money stuck for way longer too.

UPNEDA , the relevant authority in this instance, along with a state discom to sign a power purchase agreement PPA) has simply failed to give a concrete response, preventing start of work on these projects.

The delays, which would have been borne stoically  in better days, are set to cause significant losses this time, as key input prices, from modules, to metal structures and solar pastes etc have increased significantly in the interim. Reversing a trend observed over previous years.

NSEFI has also highlighted how such delays have impacted further participation in subsequent  tenders that were undersubscribed and had to be bailed out by PSUs. Additionally there was no significant drop in the tariff discovered from previous bids too(which was not the case in tenders conducted across the country).

The delay in LOI and PPA also means that private players who had big plans to invest in the state are refraining from bidding in projects, considering the challenges being faced with respect to difficulty in statute clearances are already
planning to move to other states, reducing government’s revenue from GST.

Surprisingly, all this has happened despite Uttar Pradesh discoms being well behind on their RE and RPO targets, adds the NSEFI letter, written by its chairman, Pranav R Mehta.

The very fact that the organisation has been forced to reach out to the state Chief Minister says a lot about their hopes from other relevant, and presumably accountable office holders.

Now, should the CM’s office crack the whip, you can be sure that the words covid crisis, high winning bids(despite being accepted and announced) and more will be quoted by state agencies to shift the blame. Chances are, it won’t bring in new investors, or even bring back potential investors who must be keeping away.