Why India’s Thermal Woes Cast A Shadow Over Renewable Plans

By now, it is well known that one of the biggest impediments to India’s ambitious renewable energy goals is the state of its state distribution firms. Or discoms, as they are called. These discoms, which ran up a loss of over Rs 27,000 cores in 2019, also happen to owe power generators over Rs 80,000 crores at the same time. These are numbers which have brought the energy industry to a crawl, as power producers struggle to stay afloat without payments coming in on time. 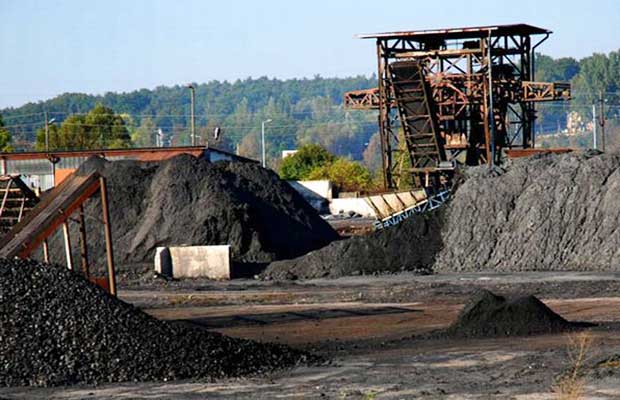 Much has been attempted, in the past as well as in the very recent part, to help ‘manage’ this problem. From missives sent by the Power and MNRE ministry to pay up, to efforts to push the discoms towards a more sustainable model. But even as hopes of a breakthrough solution goes up, with yet another large scheme outlined, a much more serious issues is looming large on the horizon.

India’s massive stranded thermal assets. In fact, here too, efforts have been made to throw these new thermal plants a lifeline, in the form of short term sales contracts, but clearly, those are not enough. Even at prices much higher than renewable energy prices today. The numbers here are even more scary. To understand the scale of this issue, look at just a single week’s snapshot, of petitions piling up at the Central Power Regulator, (CERC). 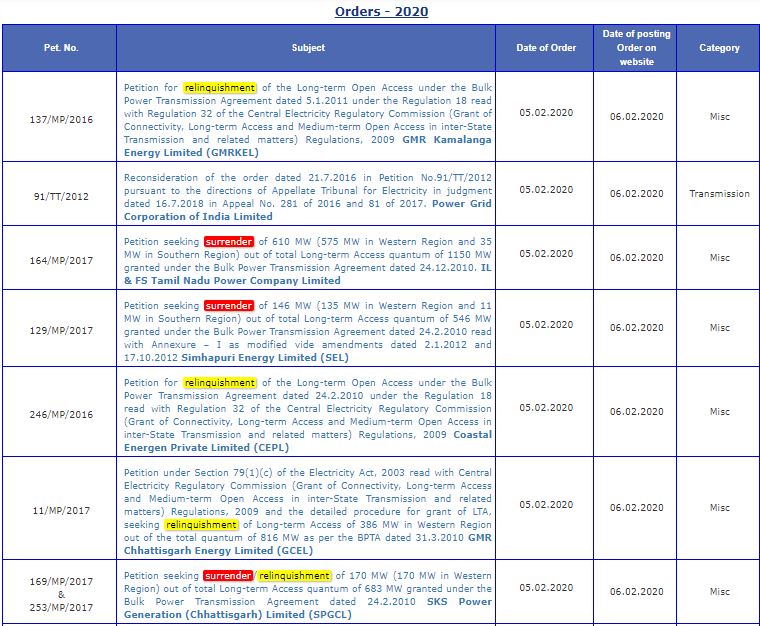 On a single day, ie, February 5, 2020, the CERC came out with multiple orders on pleas by six different thermal power producers. The basic crux of the plea in every case? A request to relinquish (highlighted) or surrender their long term allocation on the transmission networks, for which they have to pay a fee, and a relinquishing fee if they surrender. Most have tried to wriggle out of the latter citing lack of power demand, and consequently, lack of bidders for ling term PPA’s.

The situation is so dire, that close to 50 GW of  thermal power capacity, besides another 25 GW of gas fired plants, are sitting idle or way under sustainable generation levels today. Out of a total installed capacity of 194 GW of coal fired plants. These plants, with a combined investment in lakhs of crores, almost all funded by the banking system in India, are all slipping into the NPA (Non performing list), even as the banking system is barely out of its last great NPA cleanup.

An interesting aspect of this clutch of petitions, to take just example, is that they all seem to have started their plans in the period between 2008-2010. So what happened then? In one word, projections. The projections for power demand growth made by the CEA (Central Electricity authority) among others, during that period have proven to be so off, that even conservative firms find themselves at the wrong side of the demand supply mismatch. In fact, actual consumption versus projections has been off by over 20 percent, if one considers the numbers since 2010. That’s proven to be deadly for many thermal producers.

So between 2007-2012, clearance was given to fresh thermal capacity of close to 220 GW, along with projections that coal production would touch 1.5 billion tonnes, most of it for power generation. What that meant was that against a target of just over 88GW, fresh thermal capacity of close to 99 GW was created between 2012-2017 (the 12th five year plan). Most of this capacity is in trouble today, stymied by lack of demand, lack of domestic coal, and to top it all, a completely changed environment for renewable energy.

So how does this all hurt renewable energy growth? For one, renewable producers got a very short window of favourable FIT (Feed in tariffs) to subsidise renewable power production. Out of the 34 GW of installed solar power capacity today, less than 12 GW is covered by FIT tariffs, for instance. On top of that, the government taxes solar energy at 20 percent, even as it continues to extend support to thermal power by extending deadlines to meet pollution norms, bank funding, and equity support and fuel linkages at a discount. State discoms have been reluctant to support renewables, due to lack of demand, existing PPA’s with state owned thermal producers, or simple malice at the largely privately owned renewables sector.

Some people see a silver lining in all this. For one, many opine that new thermal plant construction starts might stop by as early as 2022-23, rather than the 2030 India has projected. With higher energy efficiency filling in a large part of fresh demand generation, renewable energy will actually get a better opportunity to fill in the gap, without needing as much of the ‘base load’ support of fossil fuel plants. Similarly, the inefficiency of the state owned Coal India limited might yet be the best hope to keep some of the coal meant for mining, in the ground eventually.

Newer thermal plants might have to count on older plants being shuttered, and some more being shut on pollution grounds, as power costs go way above renewable costs to meet norms.

Wither way, the fear of a massive bad loans problem is likely to keep the government policy on renewables  a little muddy, as India, it seems, simply cannot afford to see renewables supply a significantly larger part of its energy needs, even if it can.