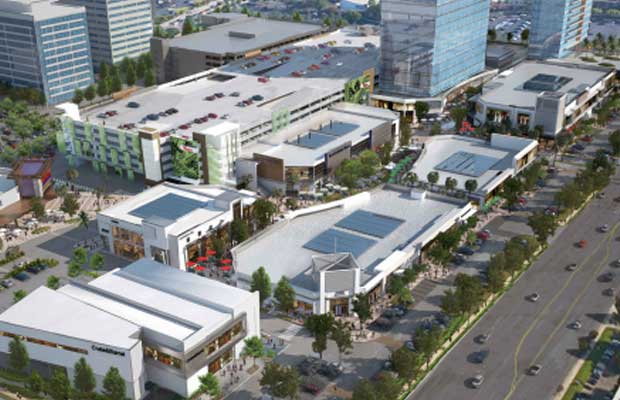 The 820 kilowatt (kW) solar system being developed in partnership with Alta Energy is expected to provide approximately 8% of the electricity used at the shopping center.

This clean, renewable energy system brings Westfield’s solar capacity in the U.S. to more than 3 MW at five separate locations.

“Long before construction of The Village at Westfield Topanga began, Alta Energy worked with us to establish the value of solar at this site and therefore maximize the project’s effectiveness,” said Scott Hartman, Westfield’s Vice President, National Operations. “Alta Energy guided us quickly through the solar analytics, specifications, and vendor selection so we could focus on our core business.”

Alta Energy CEO Sam Lee said, “This project demonstrates the economic value of designing a building to accommodate the needs of the solar system into the construction plans. That, along with significant incentives provided by Los Angeles Department of Water and Power (LADWP), made this project a clear winner.”

When 820kW Solar System in The Village at Westfield Topanga comes online in the fall of 2016, it will increase rooftop solar in Los Angeles beyond its current total of nearly 190 MW.