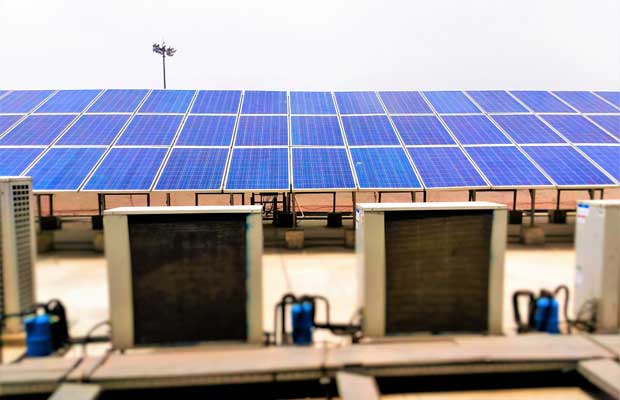 West Bengal government is reportedly planning to generate 180MW of solar power in next couple of years. The state has been able to produce seven megawatt so far .

The state government has identified 1,300 government buildings, schools and hospitals for setting up solar panels and planning to invest over Rs 1,000 crore on the solar projects reports India Today.

According to the report the state aims to generate 61 megawatt of solar power in 2016-17 and 120MW in 2017-18. WB government had pledged of 100 per cent of rural electrification by next year.

Early this year in September Shobhondeb Chatterjee, State Power Minister stated on the sidelines of an interactive session with the Calcutta Chamber of Commerce stated that  the state government is  planning for solar park totaling 500 MW, but doing it at a single site is not possible as we are unable to get large contiguous land. Land acquisition is one of the sensitive subjects after the Singur issue. CM Mamata Banerjee who led the save farm land movement in 2007 asked power department to negotiate and convince locals to give their land for rural electrification.

An official of the power department speaking to the publication said “She has asked us to negotiate with the locals and try and convince them about what changes rural electrification will bring in their lives. She has asked the people’s representatives at the local level to go for a consensus before embarking on the project.” He added  “While solar panels will help in lighting up the government buildings, the cost of production can also be brought down,” said the same official.

The West Bengal government is working on a plan to introduce a new solar policy to meet the Centre’s revised target of generating 4500 MW solar energy by 2022 in the state. Shobandeb Chatterjee, State Power Minister in August this year said “We will bring a new solar policy, 2016 to encourage investment in the sector. The old policy has failed to boost solar power generation in the state.”

The authority has submitted a draft policy and the same will be submitted with the government after public feedback is received.

Chatterjee further added that the Centre decided to scale down the solar power generation target for West Bengal from 5200 MW to 4500 MW. He mentioned that state government did not want the power tariff to go up and for the same it was cautious on grid connected solar projects.

“We do not want the power tariff to rise due to solar energy. Chief Minister Mamata Banerjee wants that there should be no tariff hike for consumption of up to 300 units.”

Moreover, he stated that the state commission (state electricity regulatory commission) is asking us to raise tariff every quarter. Already the government has spent Rs 500 crore in subsidizing poor electricity consumers.