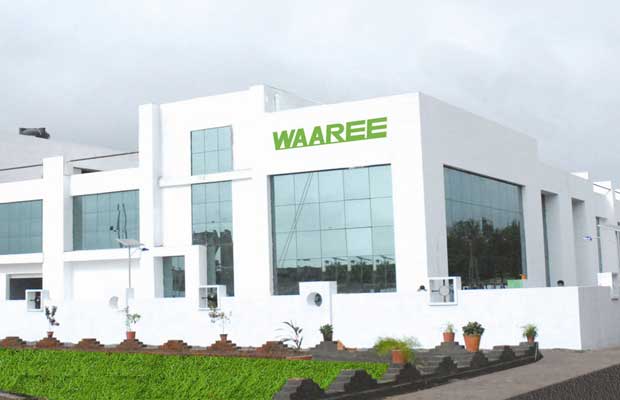 A close source to the company speaking to Live Mint said “Waaree Energies has been looking to raise funds. EY is running the process.”

Waaree’s fundraising effort comes at a time when India’s solar sector reached record low tariff levels in the auction conducted at the Rewa Solar Park in the state of Madhya Pradesh. Module prices are expected tumble down further in 2017.

Another source aware of the development said the publication that Waaree Energies are trying to raise around $100 million.

India solar power generation capacity stood at 2,650 MW on May 26, 2014. As much as 14,000 MW (or 14 GW) of solar projects are currently under development and about 6 GW is to be auctioned soon. In 2016, about 4 GW of solar capacity was added, the fastest pace till date. According to power ministry estimates, another 8.8 GW capacity is likely to be added in 2017, including about 1.1 GW of rooftop solar installations. Government is targeting 100 GW of solar and 60 GW of wind energy capacity by 2022. Total renewable energy generation capacity is envisaged at 175 GW by 2022.

Government is working on a policy to boost large-scale solar equipment production facilities and make domestic manufacturing of solar power generation equipment competitive vis-à-vis other countries such as China.

Solar module prices are expected to continue declining in 2017 as global supply continues to exceed demand. As the largest supplier and installer of solar module, China will continue to drive global pricing. The country’s demand is expected to be up to 20% lower than in 2016 – as against a record 34 GW of installations in 2016, it is expected to add only about 28 GW in 2017 – putting downward pressure on prices said Bridge to India in its latest report.