Vivint Solar has announced it has secured additional tax equity commitments of USD 50 million from a repeat tax equity investor. 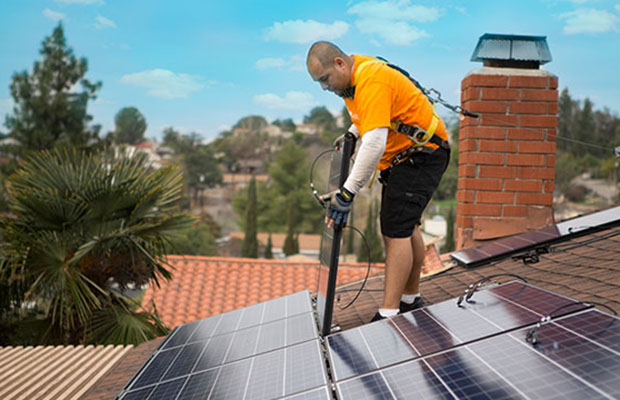 Vivint Solar, a leading full-service residential solar provider in the United States, has announced it has secured additional tax equity commitments of USD 50 million from a repeat tax equity investor. This commitment will support further investments in leases and power purchase agreements (PPAs), both of which require no money down and include ongoing maintenance for customers.

“We are very pleased to announce continued support from our capital partners,” said Thomas Plagemann, chief commercial officer and head of capital markets for Vivint Solar. “This announcement demonstrates Vivint Solar’s ability to raise financing to enable our continued growth. This also allows us to continue to bring clean solar energy to our homeowners who are looking for greater energy independence during these uncertain times.”

The firm has detailed that this funding will enable the company to design, procure, and build low-cost, clean solar energy systems for more than 4,000 new residential customers.

In December 2019, the firm had announced that it had closed a USD 200 million revolving asset-based loan facility. The firm had revealed that the facility will help fund the company’s continued growth in 2020 and beyond by allowing it to finance the purchase of safe harbor equipment and receive attractive advance rates on projects throughout the development life cycle.

The firm intends that the equipment purchased in 2019 and funded in part through this Asset Financing Facility will allow solar energy systems to qualify for a 30 percent federal investment tax credit (ITC) by satisfying the 5 percent safe harbor method outlined in IRS notice 2018-59. In addition, proceeds from the Asset Financing Facility will be used by the company to refinance its existing working capital credit facility that was set to mature in 2020.

In August 2019, it was reported that the firm had closed a USD 325 million revolving warehouse credit facility, which refinanced the aggregation credit facility that was set to mature in 2020. The new warehouse reduces the cost of debt by 87.5 basis points and materially increases the number of upfront proceeds as a percentage of future contractual cash flows. Five lenders are involved in the deal, which includes an accordion feature that provides the ability for VSLR to upsize the facility to USD 400 million.