Visakhapatnam Port Trust is planning to set up a new 5 MW solar power plant as part of its efforts to conserve energy in addition to its existing 10 MW solar project which is under construction.

The construction at VPT’s 5 MW solar project is expected to begin in the new fiscal year. 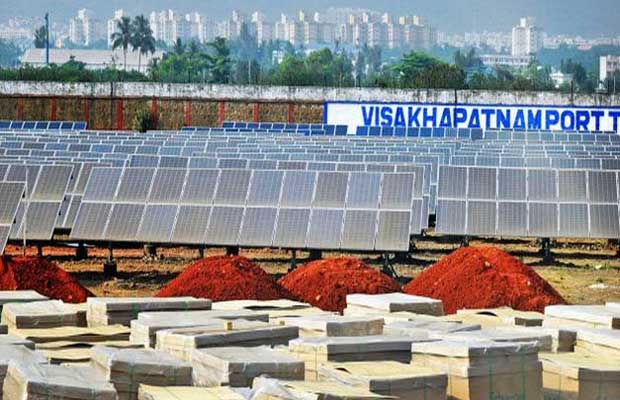 VPT chairman MT Krishna Babu stated that the tenders will soon be called for the 5MW solar power project.

He further added, “At present, we are focusing on the completion of the existing 10MW solar power project.”

Krishna Babu further mentioned that he had met AP Eastern Power Distribution Company Limited (APEPDCL) CMD MM Nayak to fix a temporary commercial operation date (COD) for the 6.25MW portion of the solar power plant out of the total 10 mw.

“APEPDCL positively agreed to fix the COD and we hope that the commercial operation of the 6.25 mw would start soon,” Krishna Babu said.

When enquired about the balance 3.75 mw, VPT chairman said the building part of the 3.75 mw solar panels would be completed by December 2016.

The contract for the project to the tune of Rs 60 crore has been awarded to Jakson Engineers Limited, Noida, that would maintain it for seven years.