The full set of solar PV plants will generate enough power to cover the annual needs of 140,000 people and will avoid atmospheric CO2 emissions amounting to 18,919 tonnes per year, equivalent to the emissions of a car driven 135 million kilometres.

VINCI Energies, via its brand dedicated to energy transition – Omexom, has been awarded by the Société d’Electricité du Sénégal – Senelec – a contract to build eight solar PV plants with a combined capacity of 17 MW in Senegal within a period of 10 months. The project represents a €26.8 million investment, financed by the German bank KFW and Senelec. Handover is scheduled in July 2018. 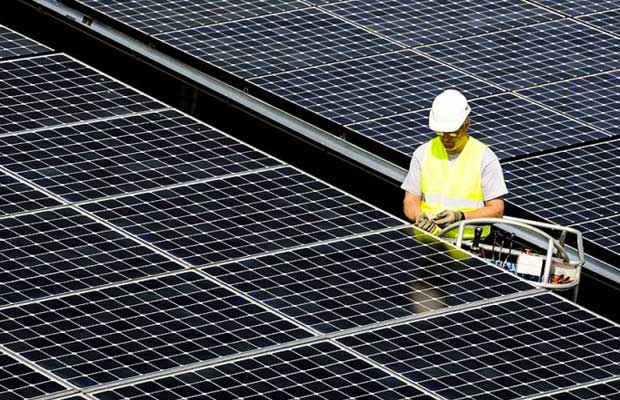 The new solar PV plants, made up of a total of 62,850 solar PV panels, will be spread over four large regions: the Saloum Islands and the Thiès region in the western part of the country and the Tambakounda and Kolda regions in the east. They will enable Senegal to supply power for very isolated sites and to diversify its energy mix. This plant, which will be directly connected to the grid, will have installed capacity of 15 MW. The other seven plants, which have a hybrid (PV-diesel) design, some with battery storage, will have a total combined capacity of 2 MW.

The full set of solar PV plants will generate enough power to cover the annual needs of 140,000 people and will avoid atmospheric CO2 emissions amounting to 18,919 tonnes per year, equivalent to the emissions of a car driven 135 million kilometres. In addition to solar panels, the plants will have generator sets and batteries. The combined power generation and battery storage system will overcome intermittent production and ensure continuous supply.

VINCI Energies is a recognized partner in the construction of large-scale turnkey projects in Senegal. It notably handed over the 20 MW Bokhol photovoltaic plant in January 2017 and is currently carrying out electrical works for the 21 MW Kahone solar plant.

“We are proud to support Senegal in its drive to achieve its energy transition goals. Thanks to our teams on the spot we were able to put together the required resources and skills to build this project, which will be executed within the record 10-month timeframe,” said VINCI Energies Chairman and Chief Executive Officer Yves Meignié.

Electrification is a key factor in driving the African continent’s sustainable economic development, as it fosters access to education and healthcare and more broadly improves quality of life. In October 2017, VINCI Energies, which intends to actively participate to the investments made in this field, handed over the Zagtouli Solar PV plant in Burkina Faso, West Africa’s largest, and refurbished the Mavusi and Chicamba hydroelectric plants in Mozambique.