Vikram Solar has announced the commissioning of a 5 MW solar power project by Bharat Dynamics Limited (BDL) in Hyderabad. 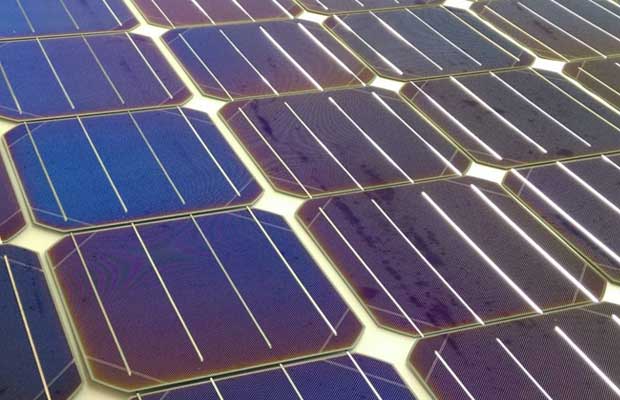 Vikram Solar has announced the commissioning of a 5 MW solar power project by Bharat Dynamics Limited (BDL). The project was inaugurated by Minister of Defence, Rajnath Singh at Hyderabad.

The solar project will generate 79,00,000 units of energy annually and would be used for captive consumption by BDL, at their Kanchanbag Unit. Solar Energy Corporation of India (SECI) was the consultant for this project and the plant was showcased in BDL’s 50-year celebration as well.

Kuldeep Kumar Jain, BU head-EPC, Vikram Solar, said that the commissioning of the plant was a part of the company’s continued effort to contribute to India’s greener future. And that the plant was perceived under ‘300 MW Ministry of Defence Scheme’ with Viability Gap Funding. 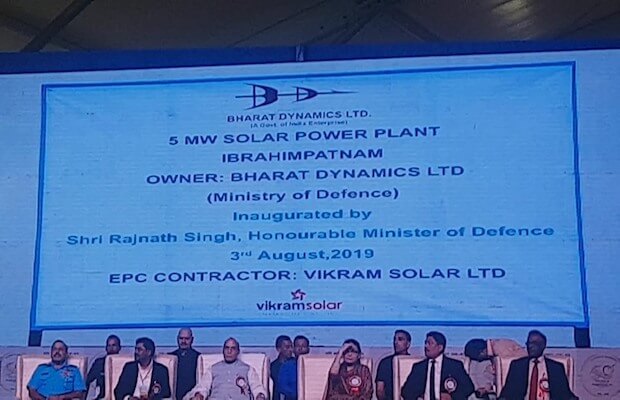 “We depended upon our robust planning and exercised superior operational practices in the field while focusing on client requirements and preferences to successfully complete the project in time. We congratulate Bharat Dynamics Limited for their step towards a sustainable future and hope to be a part of BDL’s further ventures towards greenification.”

In February, we reported that the company had successfully commissioned a 200 MW solar power project for Andhra Pradesh Power Generation Corporation (APGENCO).

The power generated by the solar plant is expected to power nearly 1,50,000 homes once connected to the grid. The plant, situated in district Anatapuramu, Andhra Pradesh, and is segregated into 2 blocks of 100 MW each for better management and higher efficiency.