The initiative of installation of solar power plants of 70KW capacity at Vikas Bhavan, collectorate, commissioner’s office and circuit house. 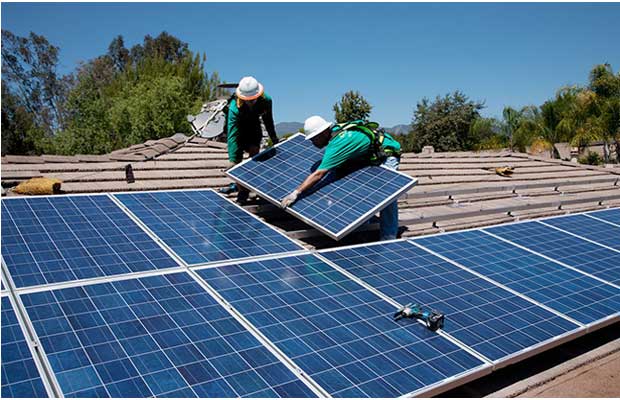 After Varanasi, Vikas Bhawan is now the second housing government offices building which has started generating electricity from solar energy in Uttar Pradesh. The surplus electricity will be transferred to the power grids, resulting in 50 percent of reduction in consumption

Six months ago, Chief development officer Satendra Kumar mentioned that they had installed a 70-kilowatt solar power plant at the building’s rooftop and said “Over the past six months, we gradually have reduced our electricity bill by 50%. So far we have transferred 9,000 units to the electricity department since the solar plant was installed at Vikas Bhavan.”

UPNEDA officials expressed an urgent need to switch to renewable sources of energy from thermal energy because of its depleting reservoir. CDO Kumar said “We want government buildings to function on solar power. That is why the 70 KW rooftop grid-interactive solar power plant was installed atop Vikas Bhavan building. The plant has a capacity to produce 1 lakh units of electricity a year. Before the plant was operational, our electricity bill was around Rs 1.75 lakh a month which has been reduced to Rs 62,000. Besides, we have given 9,000 units to the power grid over the past six months.”

Additional district magistrate (finance) Jagat Pal Singh upon observing the results of solar power plant at Vikas Bhavan, said he would also look into the solar plant at the collectorate that had been defunct for lack of proper maintenance. “I have asked the official concerned to immediately start the solar plant if it is defunct. Results of Vikas Bhavan solar plant are indeed amazing,” he added.